Marvel Cinematic Universe (MCU) has done something memorable — an eleven years saga about superheroes life. But unlike any other superhero movies, Marvel created something called “humane villain”. This idea makes audiences sympathize the villain even though they’re the bad guy. And Thanos isn’t the exception.

Bringing a mission to balance the universe by wipe out the half of living things, Thanos considered as the most logical villain as he’s trying to do the right thing — at least in his perspective.

Here are some Thanos’ quotes that sounds about right (gathered from Avengers: Infinity War and Avengers: Endgame) 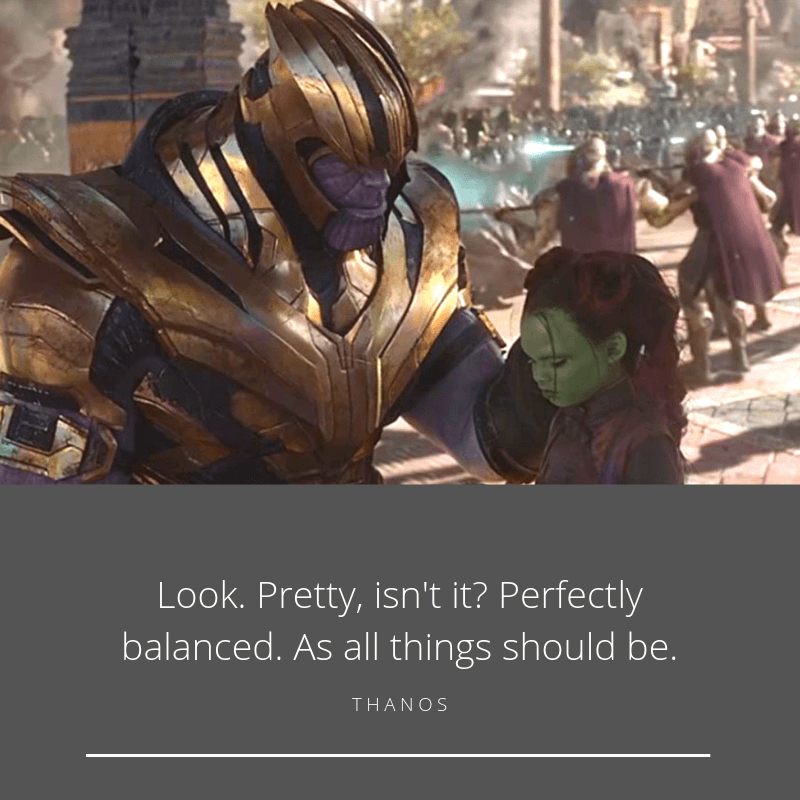 Look. Pretty, isn’t it? Perfectly balanced. As all things should be.
– Thanos (Showing razor blades to little Gamora)

In my heart, I knew you still cared. But one ever knows for sure. Reality is often disappointing.
– Thanos (Suddenly reintegerated in front of Gamora in Knowhere)

A small price to pay for salvation.
– Thanos (Thanos talking with Gamora in Sanctuary II) 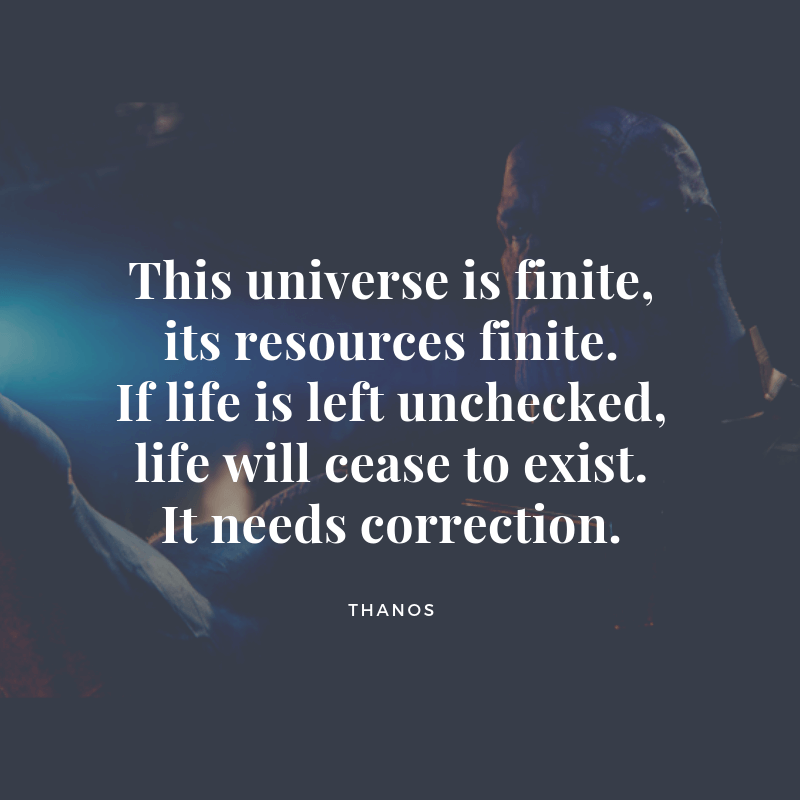 This universe is finite, its resources finite. If life is left unchecked, life will cease to exist. It needs correction.
– Thanos (Thanos talking with Gamora in Sanctuary II)

The universe required correction.
– Thanos (After captured by the Avengers in The Garden)

I used the stones to destroy the stones. It nearly… killed me. But the work is done. it always will be.
– Thanos (After captured by the Avengers in The Garden)

You could not live with your own failure. And where did that bring you? Back to me.
– Thanos (At the Avenger HQ wreckage facing Iron Man, Thor, and Captain America)

I’m thankful. Because now, I know what I must do.
– Thanos (Puting on his helmet)

In all my years of conquest…violence…slaughter… It was never personal.
– Thanos (Talking to Captain America after knocked him down)