Stars are beautiful and calming. No one can deny the beauty of the stars; its randomness, its shine, and its relaxing motion. If you have free time every night, make sure looking up to the sky and take a deep breath, releasing all bad things happened in the day.

These are peaceful quotes about night sky that could help your meditation. Some of them are based on poets; excellent words for your partner.

57 quotes about the night sky

I often think that the night is more alive and more richly colored than the day.
– Vincent Van Gogh

In day-time we investigate, but at night believe.
– Henry James Slack

No sight is more provocative of awe than is the night sky.
– Llewelyn Powys

Keep your eyes on the stars, and your feet on the ground.
– Theodore Roosevelt

It is a beautiful and delightful sight to behold the body of the Moon.
– Galileo Galilei

Without the dark, we’d never see the stars.
– Unknown

There they stand, the innumerable stars, shining in order like a living hymn, written in light.
– N.P. Willis 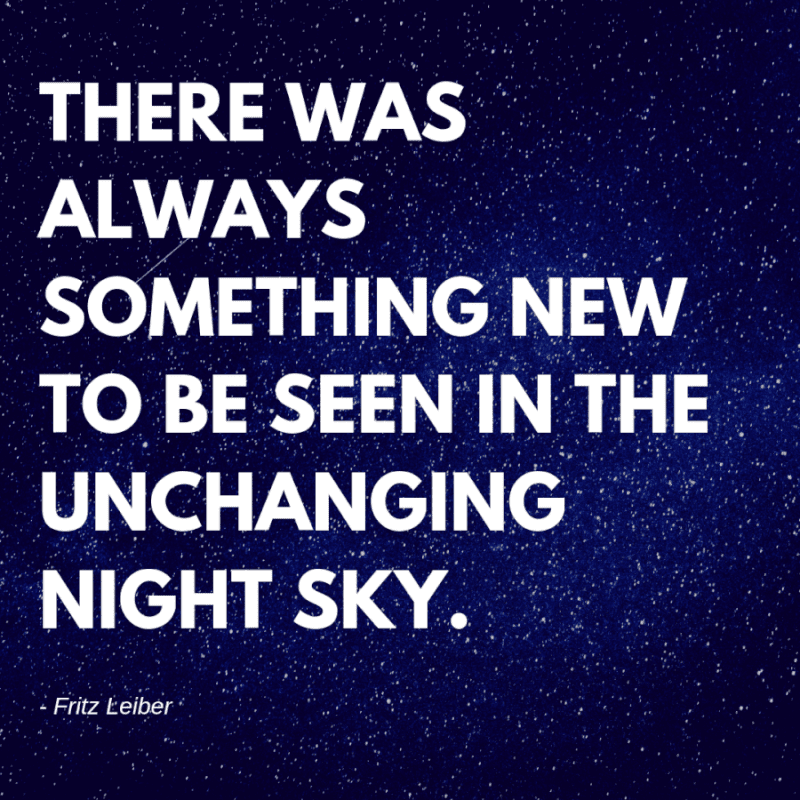 There was always something new to be seen in the unchanging night sky.
– Fritz Leiber

Not just beautiful, though–the stars are like the trees in the forest, alive and breathing. And they’re watching me.
– Haruki Murakami

A sunset is the sun’s fiery kiss to the night.
– Crystal Woods

There was never a night or a problem that could defeat sunrise or hope.
– Bernard Williams

By night, an atheist half believes in God.
– Edward Young

A silent night. – the most eloquent poem i have ever read.
– Sanober Khan

It is not in the stars to hold our destiny but in ourselves.
– William Shakespeare

What I take from my nights, I add to my days.
– Leon de Rotrou

If people looked at the stars each night, they’d live a lot differently. When you look into infinity, you realize that there are more important things than what people do all day.
– Bill Watterson

The stars are the land-marks of the universe.
– Sir John Frederick William Herschel

Watching the sun set is like watching a beautiful kid die for a good cause.
– Darnell Lamont Walker

Look up at the stars and not down at your feet. Try to make sense of what you see, and wonder about what makes the universe exist. Be curious.
– Stephen Hawking

Under every full moon a new day is being born.
– James Darren Hicks

Surely the stars are images of love.
– Philip James Bailey

The night sky is a dignified black princess freckled with the stars. Get lost in her beauty to find it in your darkness.
– Curtis Tyrone Jones 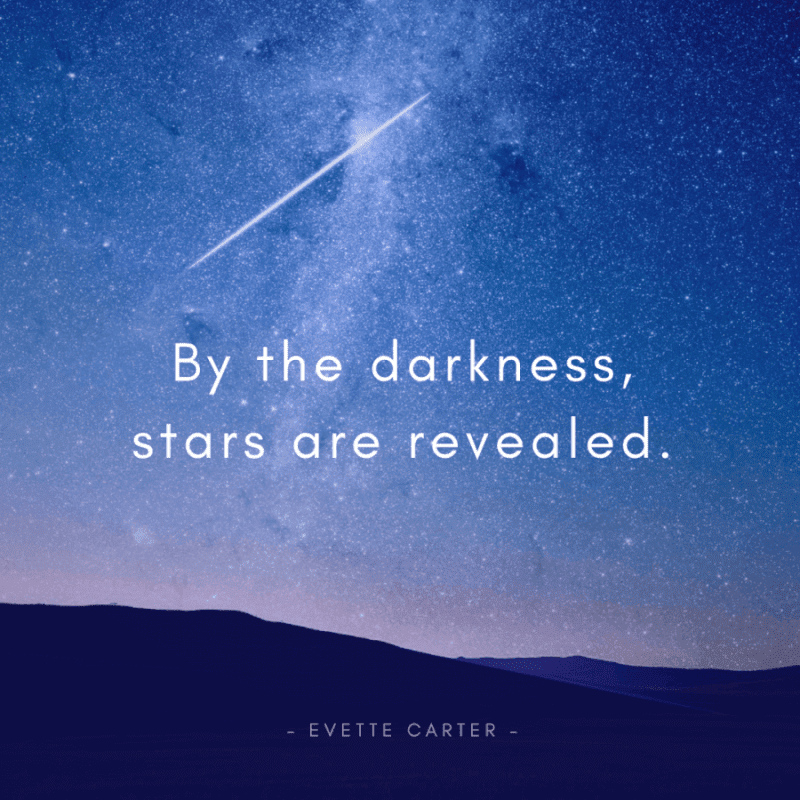 By the darkness, stars are revealed.
– Evette Carter

The real friends of the space voyager are the stars. Their friendly, familiar patterns are constant companions, unchanging, out there.
– James Lovell

The night walked down the sky with the moon in her hand.
– Frederic Lawrence Knowles

Each star is a mirror reflecting the truth inside you.
– Aberjhani

Those who first invented and then named the constellations were storytellers. What it changed was the way people read the night sky.
– John Berger

Look at the stars. See their beauty. And in that beauty, see yourself.
– Draya Mooney

No sight is more provocative of awe than is the night sky.
– Llewelyn Powys

Is mankind alone in the universe? Or are there somewhere other intelligent beings looking up into their night sky from very different worlds and asking the same kind of question?
– Carl Sagan

Maybe that’s what life is… a wink of the eye and winking stars.
– Jack Kerouac

So dear night the half of life is, and the fairest half indeed.
– Johann Wolfgang von Goethe

Moonlight drowns out all but the brightest stars.
– J.R.R. Tolkien

The night sky in the forest is a dilating blackness.
– Gwen Calvo

It’s the kind of kiss that inspires stars to climb into the sky and light up the world.
– Tahereh Mafi

Night speaks a language of shadows and of the soul. It transforms 3 a.m. into a poetry translatable only by the moon and stars.
– Terri Guillemets

Metaphor for the night sky: a trillion asterisks and no explanations.
– Robert Breault

I have loved the stars too fondly to be fearful of the night.
– Sarah William

These are what flowers look like when they stare up in awe at the night sky.
– Anthony T. Hincks

The stars look like they’re so close, you could reach out and touch them. But you can’t. Sometimes things look a lot closer than they are.
– Kami Garcia

The stars are the street lights of eternity.
– Unknown

When someone mentions the gracefulness of the night sky, climb up on the roof and dance and say, like this?
– Rumi

Only in the darkness can you see the stars.
– Martin Luther King Jr

I am a child of the Moon being raised by the Sun in a world walked by stars and a sky drawn with flowers.
– Zara Ventris

A man is a very small thing, and the night is very large and full of wonders.
– Edward Plunkett

May all the stars hang bright above her dwelling, silent as though they watched the sleeping earth!
– Samuel Taylor Coleridge

We have calcium in our bones, iron in our veins, carbon in our souls, and nitrogen in our brains. 93 percent stardust, with sounds made of flames, we are all just stars that have people names.
– Nikita Gill

Sometimes in my tent, late at night, I think I can hear the stars scraping against the sky.
– Rick Yancey

If you are the moon, it’s not the sun that reminds you of the light: it’s the darkness that makes you shine.
– Jennifer Williamson