Success. That’s probably one of the earliest words we ever know. Even though every individual has their definition of success, we should agree that when we achieve something we have really wanted, that’s the universal meaning of success. It takes passion, dedication, and persistence to get what you are dreaming about.

Gentleman, I’ve assembled hundreds of quotes that could inspire you to be bold and courageous in your life and work. Pick one your favorite quote and bear in mind every time you are working on your dream.

Success is not final; failure is not fatal: It is the courage to continue that counts.
– Winston S. Churchill

Success is going from failure to failure without losing your enthusiasm.
– Winston Churchill

I can’t give you a sure-fire formula for success, but I can give you a formula for failure: try to please everybody all the time.
– Herbert Bayard Swope

Success usually comes to those who are too busy to be looking for it.
– Henry David Thoreau

There is nothing either good or bad but thinking makes it so.
– William Shakespeare

It is better to fail in originality than to succeed in imitation.
– Herman Melville

The successful warrior is the average man, with laser-like focus.
– Bruce Lee

I find that the harder I work, the more luck I seem to have.
– Thomas Jefferson

I know the price of success: dedication, hard workand an unremitting devotion to the things you want to see happen.
– Frank Lloyd Wright

Failure is the condiment that gives success its flavor.
– Truman Capote

What we fear doing most is usually what we most need to do.
– Tim Ferriss

Your true success in life begins only when you make the commitment to become excellent at what you do.
– Brian Tracy

If A is a success in life, then A equals x plus y plus z. Work is x; y is play; and z is keeping your mouth shut.
– Albert Einstein

90% of your plans are going to fail no matter what you do. Get used to it.
– Mark Manson

Action is the foundational key to all success.
– Pablo Picasso 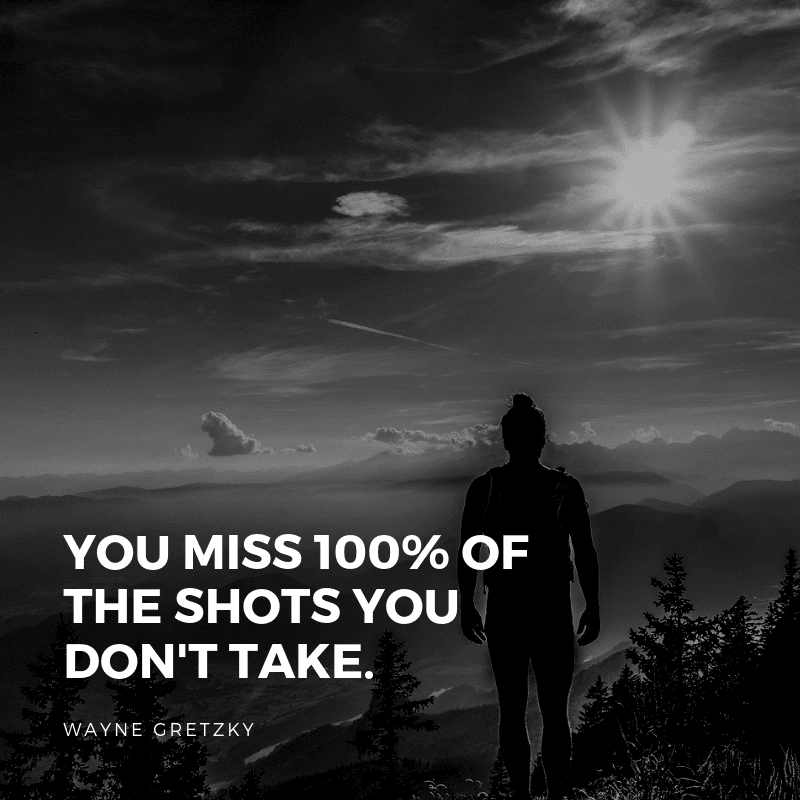 Don’t spend time beating on a wall, hoping to transform it into a door.
– Coco Chanel

Success is how high you bounce when you hit bottom.
– George S. Patton

The ones who are crazy enough to think they can change the world, are the ones that do.
– Anonymous

Every strike brings me closer to the next home run.
– Babe Ruth

Behind every successful man there’s a lot of unsuccessful years.
– Bob Brown

The secret of getting ahead is getting started.
– Mark Twain

The journey of a thousand miles begins with one step.
– Lao Tzu

The way to get started is to quit talking and begin doing.
– Walt Disney

If you have no critics you’ll likely have no success.
– Malcolm X

People who succeed have momentum. The more they succeed, the more they want to succeed,
– Tony Robbins 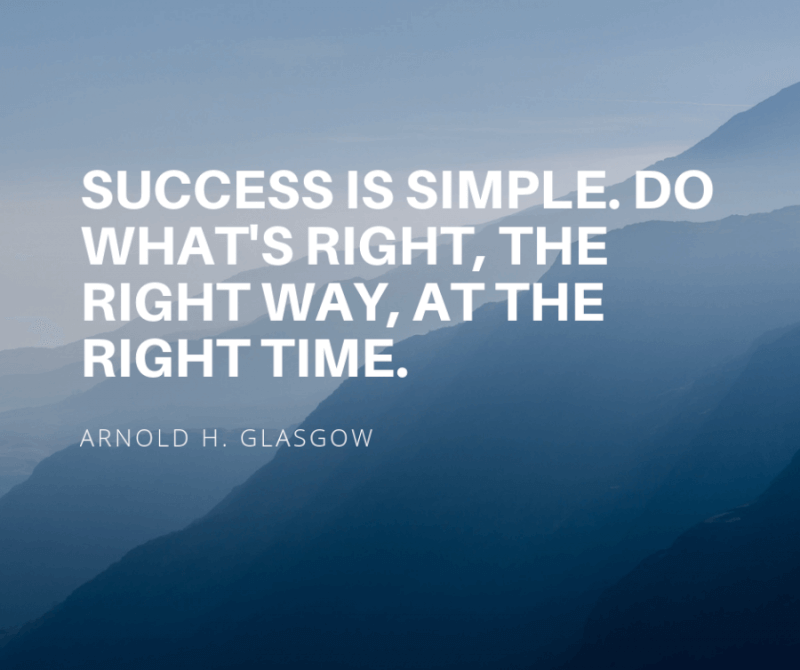 Success is simple. Do what’s right, the right way, at the right time.
– Arnold H. Glascow

Sometimes it takes a good fall to really know where you stand.
– Hayley Williams

I do not pray for success, I ask for faithfulness.
– Mother Teresa

Don’t let the fear of losing be greater than the excitement of winning.
– Robert Kiyosaki

Champions keep playing until they get it right.
– Billie Jean King

Eighty percent of success is showing up.
– Woody Allen

Our greatest glory is not in never falling, but in rising every time we fall.
– Oliver Goldsmith

A minute’s success pays the failure of years.
– Robert Browning

Do not be embarrassed by your failures, learn from them and start again.
– Richard Branson

For success, attitude is equally as important as ability.
– Walter Scott

All you need in this life is ignorance and confidence; then success is sure.
– Mark Twain

The true success is the person who invented himself.
– Al Goldstein

The only limit to our realization of tomorrow will be our doubts of today.
– Franklin D. Roosevelt

Success is simple. Do what’s right, the right way, at the right time.
– Arnold H. Glasgow

Success is not how high you have climbed, but how you make a positive difference to the world.
– Roy T. Bennett

Celebrate your successes. Find some humor in your failures.
– Walt Disney

There are no secrets to success. It is the result of preparation, hard work, and learning from failure.
– Colin Powell

I attribute my success to this: I never gave or took any excuse.
– Florence Nightingale

Success isn’t about the end result, it’s about what you learn along the way.
– Vera Wang

It is hard to fail, but it is worse never to have tried to succeed.
– Theodore Roosevelt

Winning is a habit. Unfortunately, so is losing.
– Vince Lombardi

Success seems to be connected with action. Successful people keep moving. They make mistakes, but they don’t quit.
– Conrad Hilton

You have to learn the rules of the game. And then you have to play better than anyone else.
– Albert Einstein

I planned my success. I knew it was going to happen.
– Erykah Badu

Kites rise highest against the wind, not with it.
– Winston S. Churchill

Many of life’s failures are people who did not realize how close they were to success when they gave up.
– Thomas Alva Edison

Amateurs sit and wait for inspiration, the rest of us just get up and go to work.
– Stephen King

Get busy living or get busy dying.
– Stephen King

At the end of the day, let there be no excuses, no explanations, no regrets.
– Steve Maraboli

The path to success is to take massive, determined action.
– Tony Robbins

Success is not the key to happiness. Happiness is the key to success. If you love what you are doing, you will be successful.
– Albert Schweitzer

Not he who has much is rich, but he who gives much.
– Erich Fromm

Those who dare to fail miserably can achieve greatly.
– John F. Kennedy 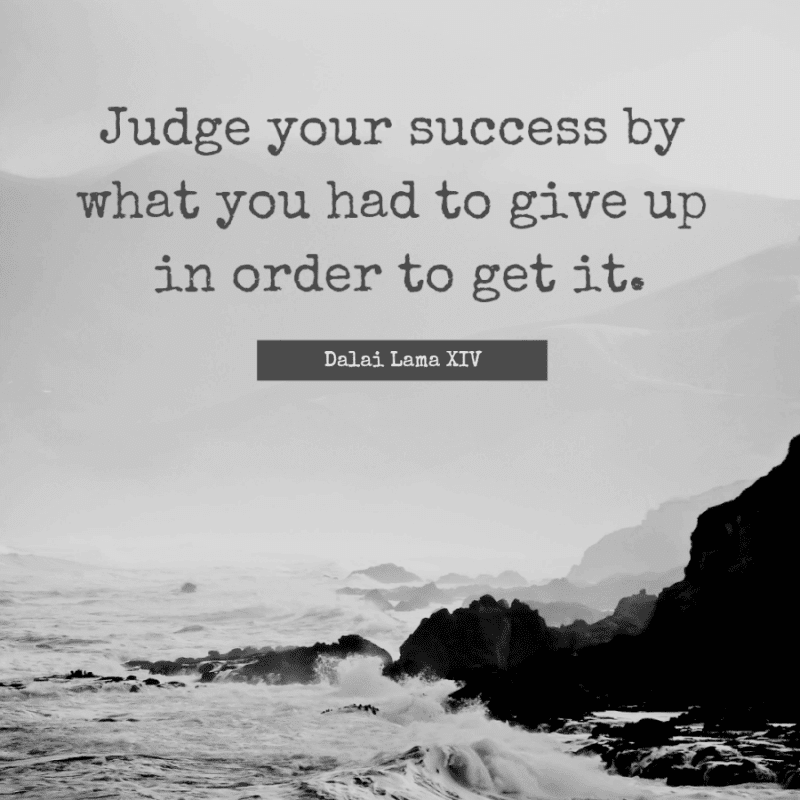 Judge your success by what you had to give up in order to get it.
– Dalai Lama XIV

There are no gains without pains.
– Benjamin Franklin

Keep on going, and the chances are that you will stumble on something, perhaps when you are least expecting it. I never heard of anyone ever stumbling on something sitting down.
– Charles F. Kettering

Challenges are what make life interesting and overcoming them is what makes life meaningful.
– -Joshua J. Marine

The difference between a successful person and others is not a lack of strength, not a lack of knowledge, but rather a lack in will.
– Vince Lombardi

Always bear in mind that your own resolution to succeed is more important than any other one thing.
– Abraham Lincoln

Some people dream of success while others wake up and work.
– Unknown

The distance between insanity and genius is measured only by success.
– Bruce Feirstein

In order to succeed, your desire for success should be greater than your fear of failure.
– Bill Cosby

Before anything else, preparation is the key to success.
– Alexander Graham Bell

If you can dream it, you can do it.
– Walt Disney

Success means having the courage, the determination, and the will to become the person you believe you were meant to be.
– George Sheehan

There is only one way to avoid criticism: do nothing, say nothing, and be nothing.
– Aristotle

Always bear in mind that your own resolution to succeed is more important than any one thing.
– Abraham Lincoln

Success is a lousy teacher. It seduces smart people into thinking they can’t lose.
– Bill Gates

A successful man is one who can lay a firm foundation with the bricks that other throw at him.
– David Brinkley

The secret of success in life is for a man to be ready for his opportunity when it comes.
– Benjamin Disraeli

I am thankful for all of those who said NO to me. It’s because of them I’m doing it myself.
– Albert Einstein

The only time you fail is when you fall down and stay down.
– Stephen Richards 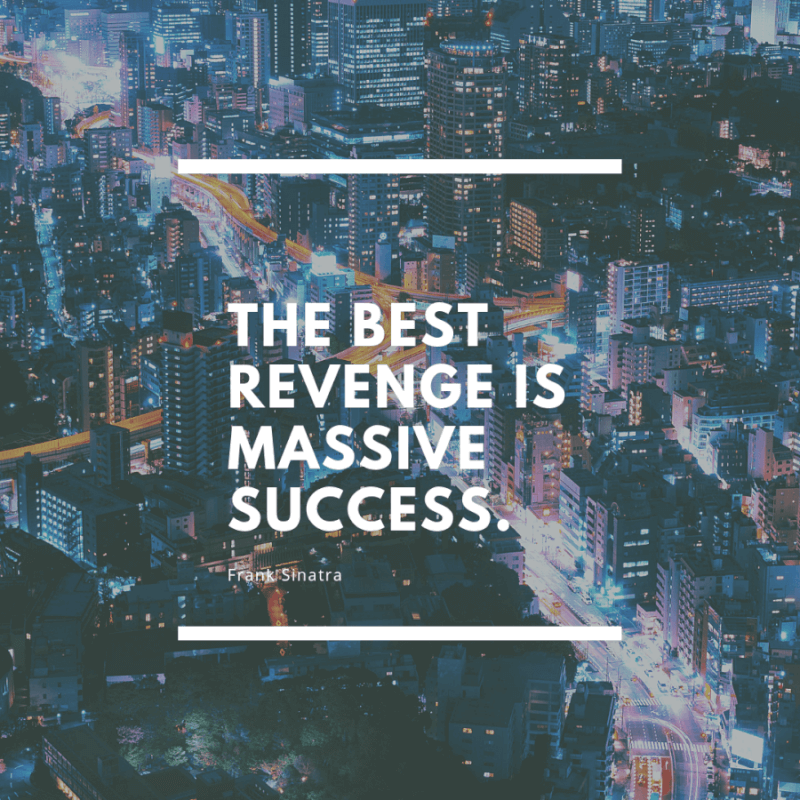 In order to succeed, we must first believe that we can.
– Nikos Kazantzakis

Doing the best at this moment puts you in the best place for the next moment.
– Oprah Winfrey

If you don’t build your dream, someone else will hire you to help them build theirs.
– Dhirubhai Ambani

Success is a state of mind. If you want success, start thinking of yourself as a success.
– Joyce Brothers

Your work is discover your world and then with all your heart give yourself to it.
– Buddha

Don’t judge each day by the harvest you reap but by the seeds that you plant.
– Robert Louis Stevenson