Obedience might be the first thing we learn after we were born. We have to obey the rules, not because of judge or police, but rather the way to keep our life in balance. No matter who you are or position you holds, following rules is absolutely necessary. But, be mindful when obeying, keep your eyes open, and your mind awake.

Here are 43 wisest quotes about obedience that you can learn.

Every great person has first learned how to obey, whom to obey, and when to obey.
– William Arthur Ward

Obedience is the primary object of all sound education.
– Elizabeth Missing Sewell

What God says is best, is best, though all the men in the world are against it.
– John Bunyan

One act of obedience is better than one hundred sermons.
– Dietrich Bonhoeffer

Grades don’t measure anything other than your relevant obedience to a manager.
– John Taylor Gatto

Be obedient even when you do not know where obedience may lead you.
– Sinclair B. Ferguson

Obedience to lawful authority is the foundation of manly character.
– Robert E. Lee

Rules are for the obedience of fools and the guidance of wise men.
– Douglas Bader

Obedience is the fruit of faith.
– Christina Rossetti

You cannot be a true man until you learn to obey.
– Robert E. Lee 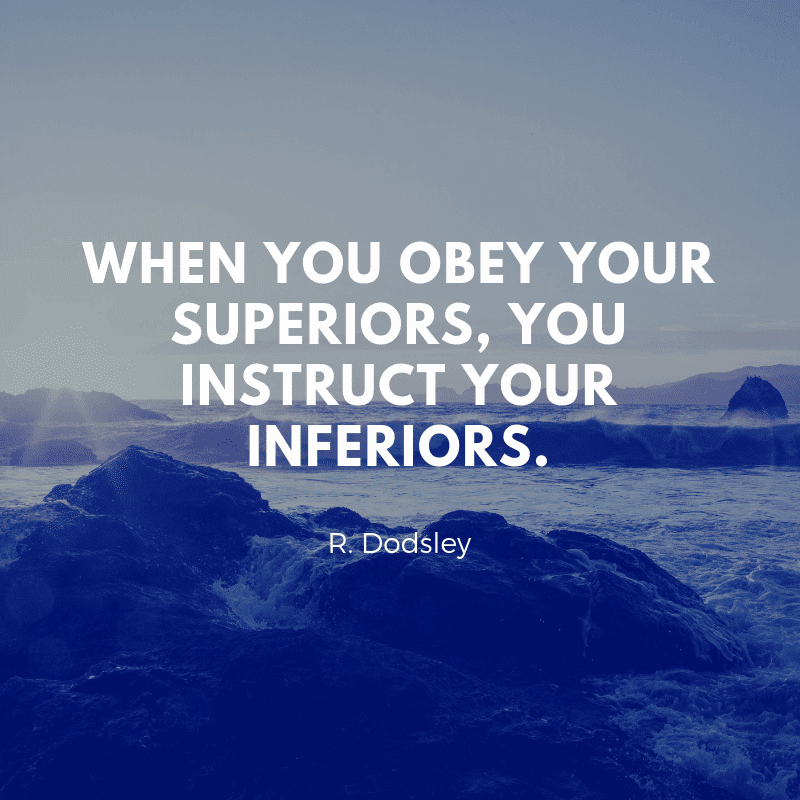 When you obey your superiors, you instruct your inferiors.
– R. Dodsley

Obedience of the law is demanded; not asked as a favor.
– Thedore Roosevelt

A great work is made out of a combination of obedience and liberty.
– Nadia Boulanger

Obedience is the mother of success, and the wife of security.
– Aeschylus

Obedience is the mother of success, and the wife of security.
– Steven Furtick

Because of the Chinese culture of obedience, you don’t ask questions… You follow and obey.
– Bai Ling

It is difficult to press forward if we do not know how to obey.
– Gordon B. Hinckley

Obedience to God is the pathway to the life you really want to live.
– Joyce Meyer

If we are really going to learn from others, we must decide to fully obey.
– Ed Townsend

He who obeys with modesty appears worthy of being some day a commander.
– Cicero

A person is bound to work in obedience to and in conformity to that person’s own nature.
– Mahatma Gandhi

Be obedient to your superior, and your inferior will obey you.
– Muhammad Ali

For there is no obedience without humility, nor humility without charity.
– St. Catherine of Siena

Obedience, which is a proof of love, must be cheerful, for love obeyeth with delight.
– J.R. Doolittle

The bottom line in the Christian life is obedience and most people don’t even like the word.
– Charles Stanley

Obedience is the crown and honour of all virtue.
– Martin Luther

A blind obedience in some cases doth well; but it doth far better when it is led with the eyes of discretion.
– Joseph Hall

Obey something, and you will have a chance to learn what is best to obey. But if you begin by obeying nothing, you will end by obeying the devil and all his invited friends.
– John Ruskin

It is not hard to obey when we love the one whom we obey.
– Saint Ignatius

Obedience shows whether you are grateful.
– Catherine Of Siena 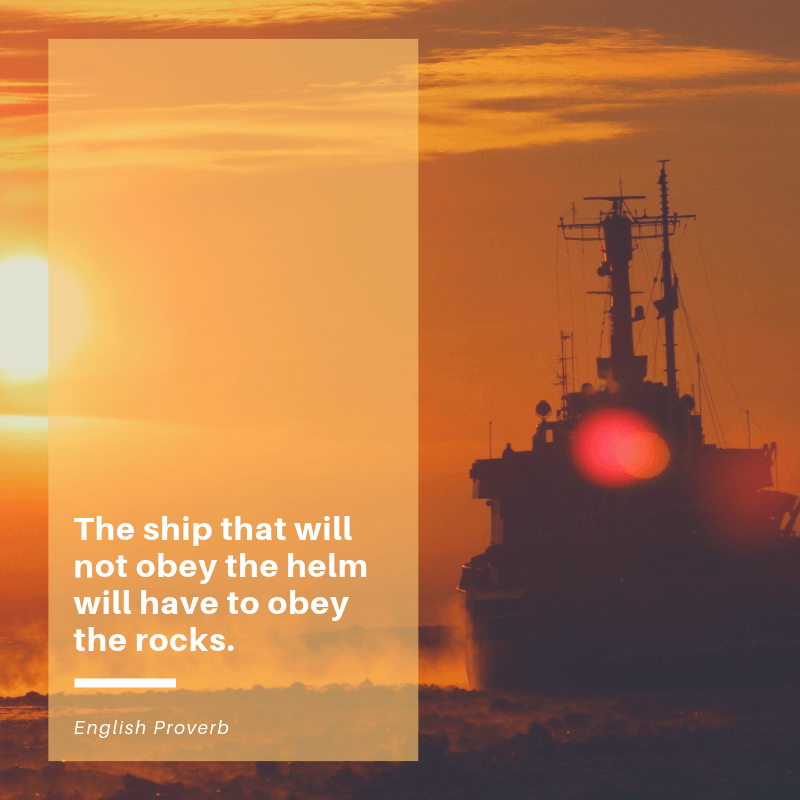 The ship that will not obey the helm will have to obey the rocks.
– English Proverb

The only safe ruler is he who has learned to obey willingly.
– Thomas a Kempis